Of course there isn't just one view of American history. As Howard Zinn, who wrote A People's History of the United States observed, there's the version written by the Founders of the government, the landed gentry/philosophers/generals whose version of history is generally taught in schools. There's the perspective of the traders, the banks, the businessman, whose version we could say dominates the media today. And then there's the People's point of view, the fisherman's, the farmers', the factory workers', the service economy worker's point of view.

Taking the People's POV in this city, like everywhere, means starting before colonization. It means asking why Mannahatta was first colonized and governed by a corporation. It means fully grappling with the origins of American economic power, how it was that Wall Street grew to become the country's economic and governance nerve center, neverendingly prone to corruption.

To do this means to fundamentally question the transactional, extractive view of land and animals (including people), asking why it is that certain people have been, or continue to be, displaced, why others are driven to take their land and settle in their place, and why the few so frequently hoard resources for themselves at the expense of the many. This questioning process often ignites a desire to undo the consequences of putting a monetary value on land, water, and people, commodifying our resources and even ourselves.

If we are to make a complete and genuine commitment to actually undoing these consequences, then we can begin the process of unsettling Wall Street. In the next posts, what that means will begin to reveal itself. 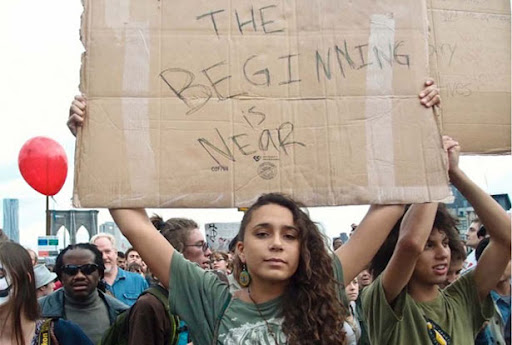 Where Do We Begin?

"Intersectionality" is not just a fashionable catch-phrase. It's fundamentally historical.